I love finding good coffee, and I also love supporting independent cafés. Good thing Montréal has both, and some of my favourite cafés can be found downtown, in the Plateau, and the Mile End. Le Hip-Hop Café is a relatively new addition to the Mile End neighbourhood and I had been meaning to drop by and check out the place since it opened in February. Mind you, the establishment situated at the corner of avenue Parc and rue Villeneuve is not just a café but more of a business with a concept — one that happens to offer good coffee and eats but operates for the purpose of promoting hip hop culture in Montréal.

END_OF_DOCUMENT_TOKEN_TO_BE_REPLACED 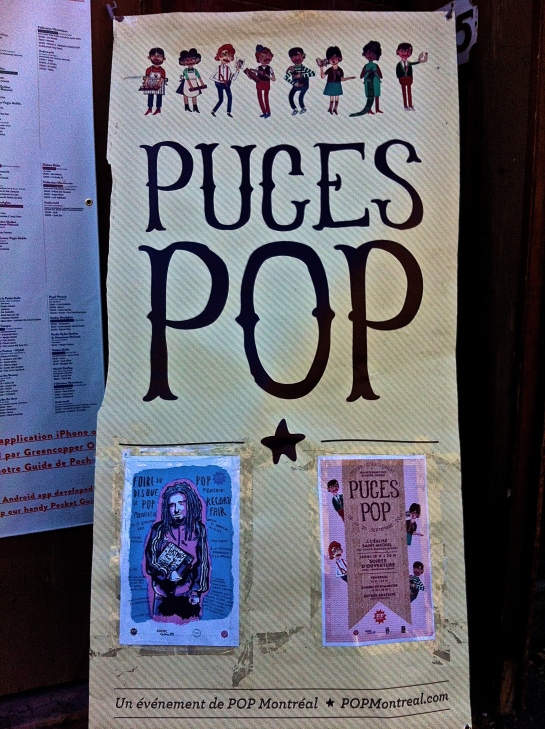 Oh wow, POP Montréal was three weeks ago! Alas, I never got around to blogging about it until now. But I had such a great time wandering around the Mile End and partaking in various events of the indie music festival, including the very much loved arts and crafts fair, Puces POP. Hence, this is worth mentioning now though we’re already midway through October.

It was actually my first time dropping in at Puces POP which, as part of the POP Montréal festival was held in the basement of Église St-Michel, the looming landmark in the Mile End neighbourhood. A few years back I had attended the performance by the Montréal art bands The Luyas and Yamantaka // Sonic Titan, but every September I am so swamped with fall time busyness that POP Montréal comes and goes without a blip. Until this year. I had a good friend visiting me from Toronto and because she is always in the city for work, I figured it would be fun to show her around other parts of the island and indulge in some artsy-fartsy-ness, a throwback from our old days in art school. 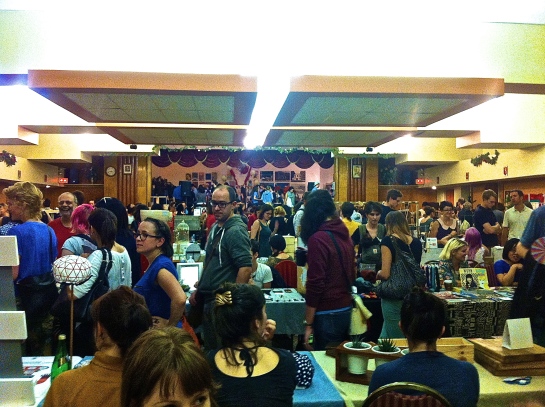 END_OF_DOCUMENT_TOKEN_TO_BE_REPLACED

Montréal brought us various temperatures and weather activity this weekend, but it did not deter us from going out and about in the city. On Saturday, we walked around the Old Port, which I usually avoid doing during the summer weekends since the beautiful neighbourhood can be awkwardly packed with visitors during the tourist season. However, our goal was to drop by L’Affichiste, a vintage poster gallery with collections mostly derived from European and North American sources.

Though I had not heard of this gallery until recently, a friend of mine was looking for a particular type of print poster that would complement one that she bought in Paris during the spring. Her research brought us to L’Affichiste whose walls are decorated with beautiful and bright illustrations, many from France. We were focused on the posters from the Loterie Nationale that were commissioned from the French National Lottery established in 1933. These posters held by L’Affichiste are sized around 16 x 24 to 32 x 47 inches, and priced around $240 to $1,675 CDN. Many of these art works are illustrated according to the Art Deco style of the period.

END_OF_DOCUMENT_TOKEN_TO_BE_REPLACED 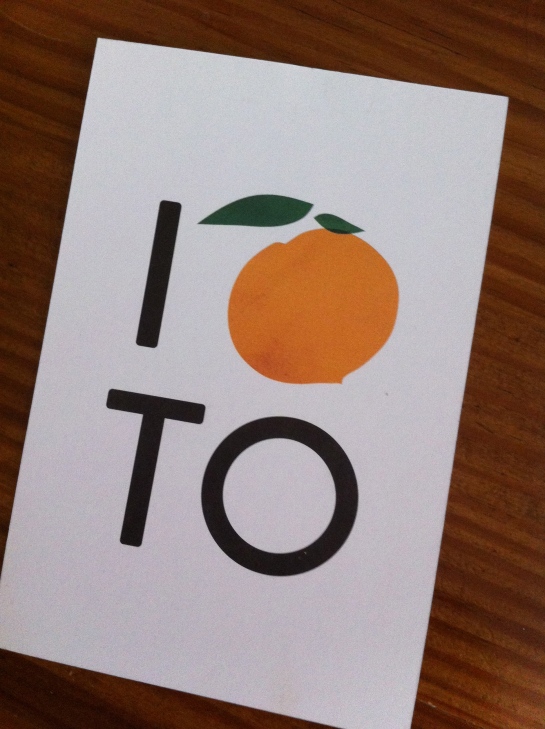 Ah, momofuku. Beloved by New Yorkers, food lovers, and hipsters and Koreans (and hipster Koreans). I met up with a friend for lunch at its new noodle bar in Toronto which opened in September after a late launch and with much anticipation. The noodle bar is amongst a total of four momofuku restaurants residing beside the new Shangri-La Hotel on University Avenue, including daishō, shōtō, and nikai.

daishō, meaning “pair of swords”, is located on the third floor of the momofuku complex and serves large-format meals and sharing plates. This means that parties of four to ten guests share dishes meant for multiple consumers that are similar to that of momofuku’s ssäm bar in New York. Menu items in NYC’s Ssäm Bar includes whole roasted pork (“bo ssäm”) and “raw bar” items such as Santa Barbara Uni. Shōtō, which translates as “short sword”, is similar to momofuku’s ko in NYC with tasting menus. nikai, which translates into “second floor”, is indeed above the Noodle Bar on the second floor, and is a bar and a lounge.

END_OF_DOCUMENT_TOKEN_TO_BE_REPLACED

Now that American Thanksgiving is behind us, it’s officially acceptable to get into the Christmas spirit.  I recently made a trip back to Montreal, and was excited to see the city dressed up for the holiday season. I have always particularly enjoyed the Christmas lights on McGill College Street — the view from downtown, up to McGill’s Roddick Gates  and to Mount Royal makes for  stunning scene. This year’s lights are hot pink, which is, to my recollection, a first. I think they look absolutely fabulous, and are a refreshing change from the traditional white lights.

Is this not the greatest thing ever?

The website’s Flash opening sequence is just one reason for visiting the site: www.architecturefordogs.com. Be prepared for an accompanying soundtrack and mute your device as necessary.