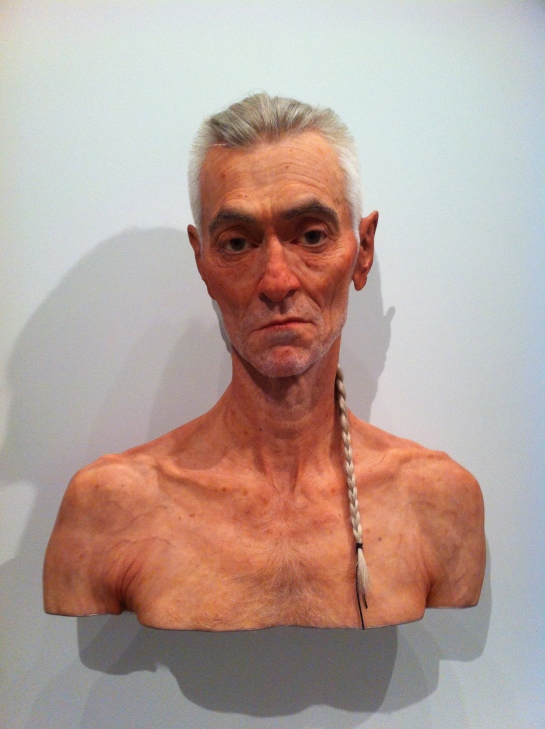 During my trip to the Art Gallery of Ontario (AGO) in Toronto, I visited the exhibition Evan Penny: Re Figured, which began in September 2012. The exhibition can be viewed as part of General Admissions and is located on the fourth floor of the newly renovated AGO.

Evan Penny is a Canadian artist who specializes in creating lifelike portrait and figure sculptures. These sculptures are often stretched and distorted as per his Stretch/Anamorphs series (2003 to 2008) or experiments with the red, green, blue colour model seen in the No One – In Particular series (2004 to 2007). Penny also experiments with self-portraiture, and his anamorphic Self (2008) sculpture is imposing and hyper-realistic. 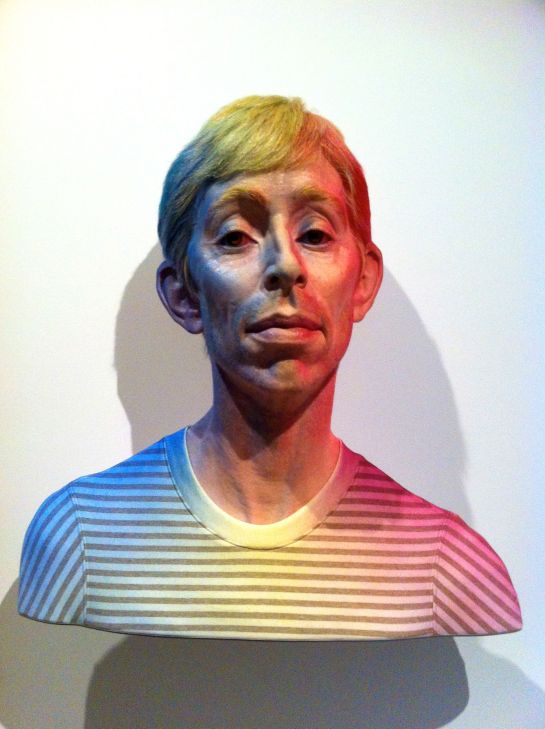 Penny’s sculptures are produced using 3D imaging and 3D reproduction technologies with body scans for human figure sculptures. The resulting imaging is then used to create the figures or portraits by clay, then creating a silicone cast over the clay mouldings. Real hair from various sources (human, yak, etc.) is implanted to create the finished work.

As a former artist, I have felt that the fine arts can be elitist but should be more accessible to the general public. I feel that Evan Penny has achieved this by creating art that produce a response from most viewers — awe, fascination, sometimes fear from the distorted works — while showcasing his technical craftsmanship and creative execution. It is very exciting to see the work of such a talented and innovative artist exhibited in a large gallery as the AGO.

Stop by the AGO to view Penny’s works until February 10, 2013. Visit www.ago.net for gallery hours.

There was an error retrieving images from Instagram. An attempt will be remade in a few minutes.